“CONGRATULATION
you just won a free dinner in Antica restaurant in Kaptol 27, on June 04th 2005. at 06:00 PM. regarding fateful, so long expected signitures that will be written in The Married Register in Old Townhouse on above mentioned date at 05 o’clock sharp by:
impenitent i-don’t-won’t to-get-married person and ex-dogwalker Karin Werner (32 years old and first time pregnant) and impenitent computer freak and open source supporter Dobrislav Klement (31).
On that ocassion she will comfirm that is ready to replace chasing cocker spaniels throughout agility courses at home and abroad with chasing her offsprings throughout parks, and he that is aware that pleasent moments spent in Linux enviroment will be mainly replaced with oh so pleasent moments dedicated to, as far as we know, little Marko (or equally little Tara, in case of doctors mistake) .
If you would like to be a part of the ceremony, come and join little Klement jr. who will be closely following the ceremony from mommy’s 32 year young womb.”

For exactly 2 months it turned out that it was really little Marko who attended the wedding from mommy’s womb.

For about 3 years came the above mentioned Tara.

And no, don’t worry, dad didn’t gave up pleasent moments with open source.

And yes, mum really doesn’t chase cocker spaniels throughout agility courses, but to be frank, she stopped doing that  before  juniors first saw the light od the day.

And yes, some really thought  they won a coupon for a free dinner in a fancy restaurant!

Required information on the letterhead and website in Croatia 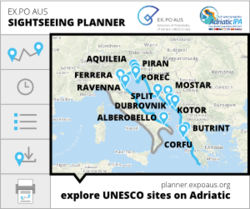 We use cookies to ensure that we give you the best experience on our website. If you continue to use this site we will assume that you are happy with it.OKRefuseInfo